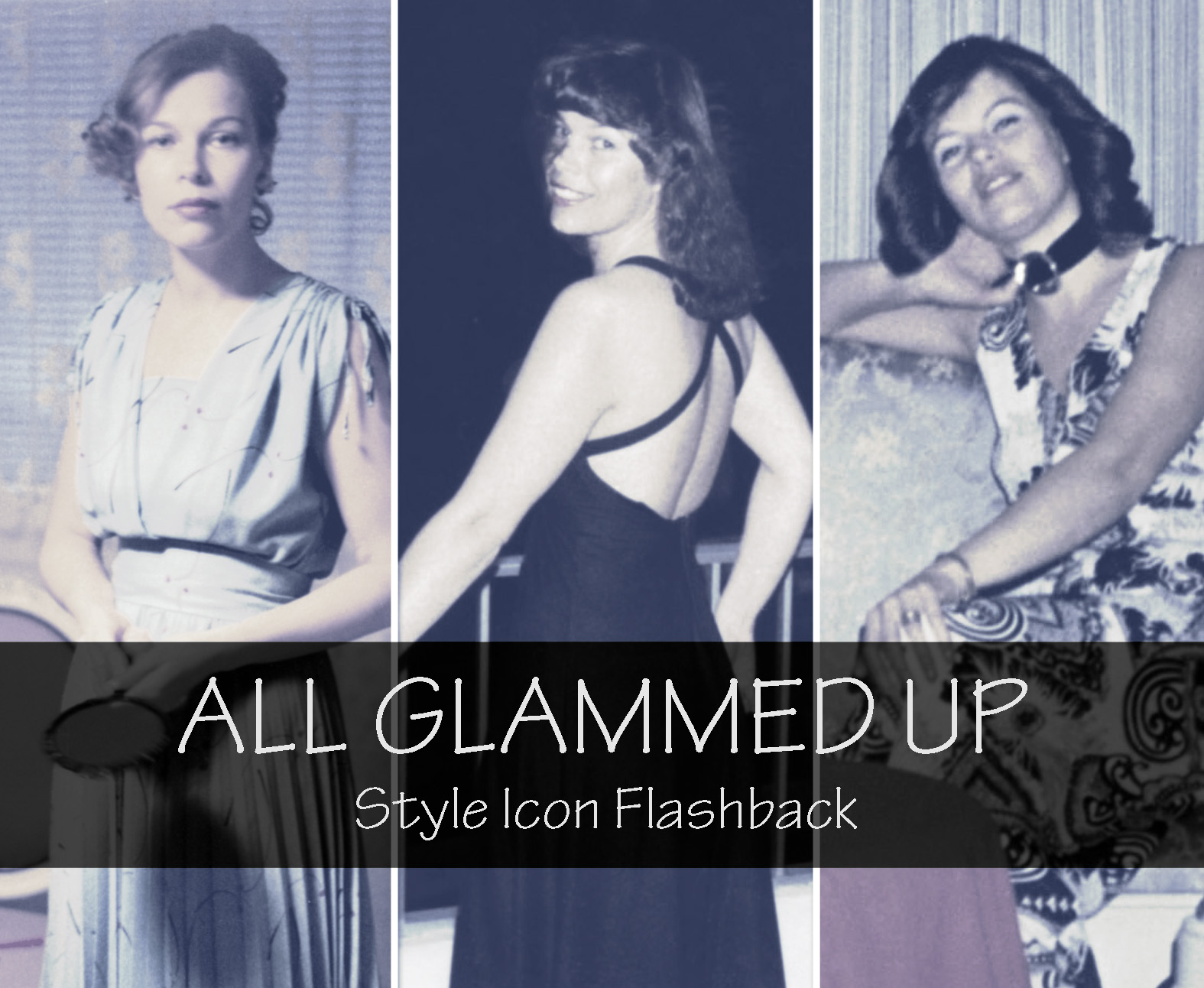 The second Sunday in May is Mother’s Day in Finland

and I decided to celebrate it with another Style Icon post, showcasing the unique style of my very elegant mother.

This is also the only way I can celebrate Mother’s day, as my mother, and my two grandmothers, are no longer with us. My mother passed away after a long illness almost 19 years ago, on Christmas Day, one week before her 55th birthday.

Yes, that makes Christmas a rather sad holiday for me, and yes, it’s tragic when someone dies so young (which is becoming more and more poignant with every passing year, and especially now that I’m just a few weeks away from my own 50th birthday…)

But I don’t want to dwell on the sadness of losing my mother here. I want to celebrate what she gave me: her sense of style. 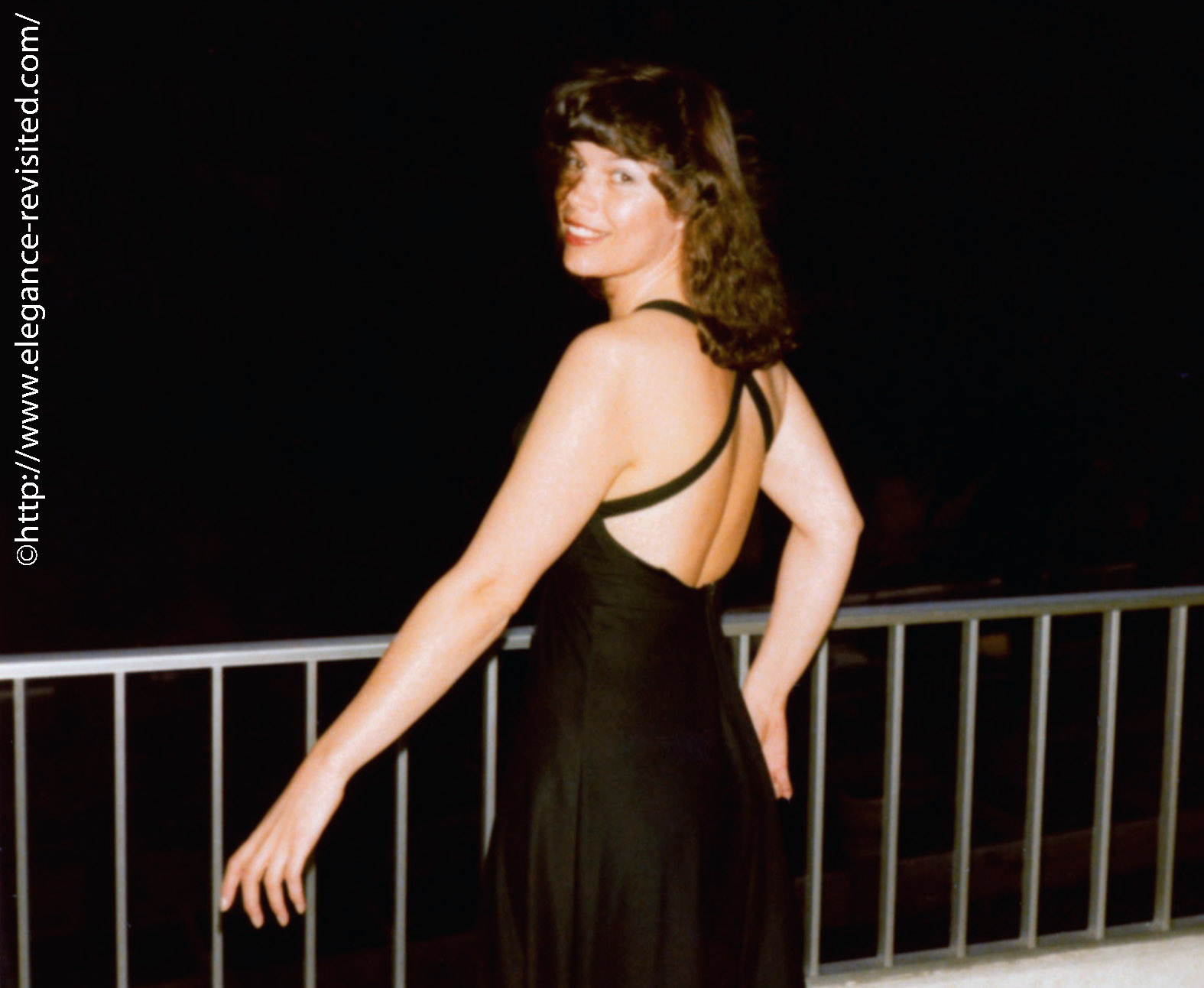 Style is probably the one and only area of life where we connected. What I mean is that my mother and me, we were very different people… as if we were living on different planets, that different. Really, if there wasn’t the obvious family resemblance, I would have thought I had been switched at birth… (in case you’re wondering, I never felt much closer to my father, either.) But this is not about my dysfunctional family and childhood neuroses, so let’s get back to business.

The photo above is from the mid-70’s, and she’s wearing a dress she made herself. She was quite gifted at sewing her own clothes (unlike me, even though I even studied dressmaking), and would often just source the material and make whatever she wanted to wear when she couldn’t find it in the shops. I wish that skill had been passed on to me… 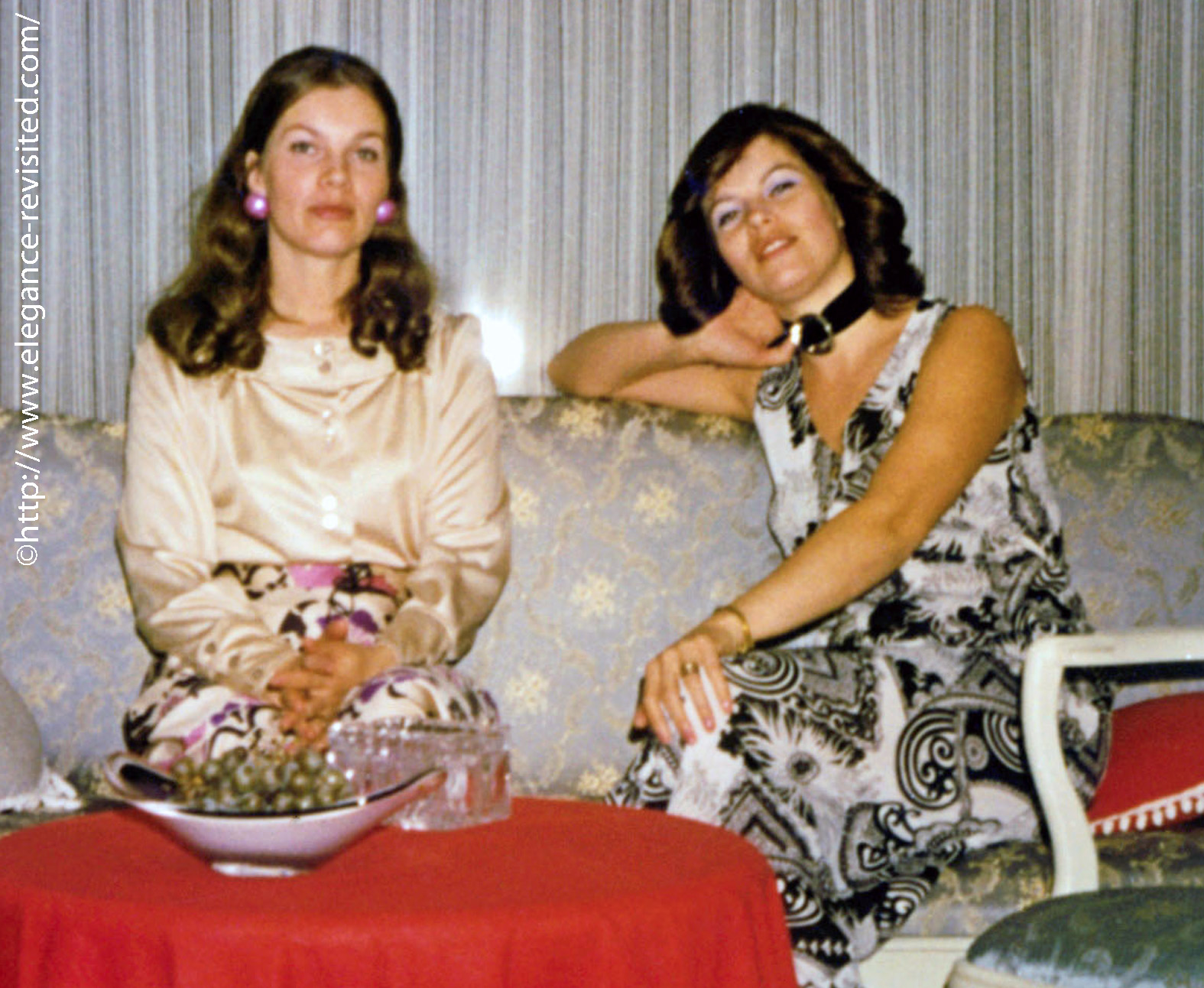 And no, you’re not seeing double here

And this is no photomanipulation. The woman on the left is my mother’s identical twin sister (who is alive and well still today), and my mother (on the right) is again wearing a dress she had made herself. This photo was taken in my aunt’s living room as the two sisters were getting ready to go out with their husbands (this is part of a series of photos, some of which also include the said husbands…) I assume the photo is from the early 70’s, but I couldn’t give you the exact year (obviously, I was quite young then… but, as by 1973 both sisters were divorced, that should give us some sort of a timeframe…) 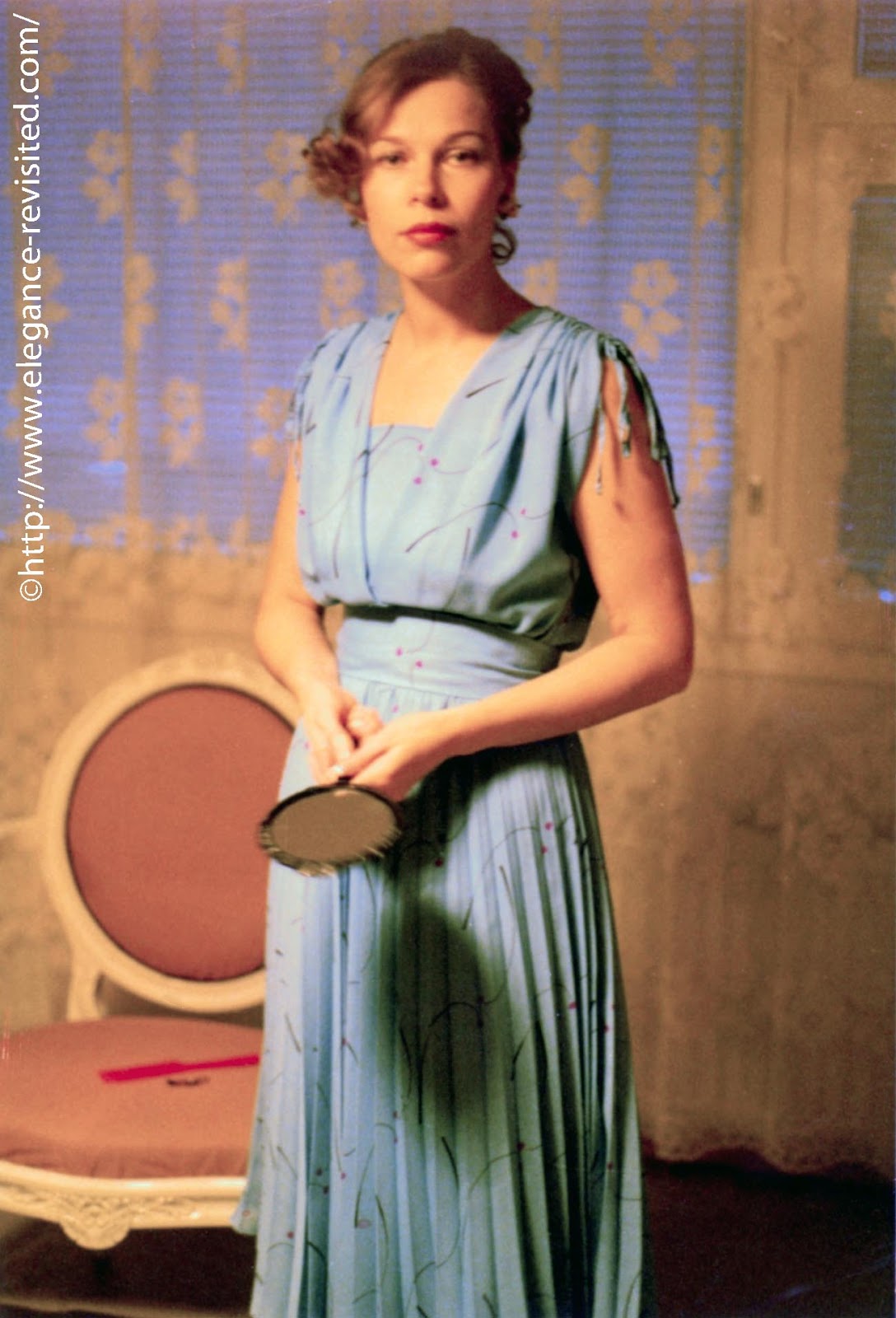 In retrospect, my mother always managed to avoid the worst fashion faux-pas of the decade, yet look completely current and trendy… Whereas I did it all: the shoulder pads, the ra-ra skirts, the tube tops… no trend was too ridiculous to experiment with, I was a total fashion-victim… No, there are no photos (thank god!); I was a bit camera shy back then.

Anyway, the blue dress above is from 1981, and the black and white jacket and skirt combo below from 1986. 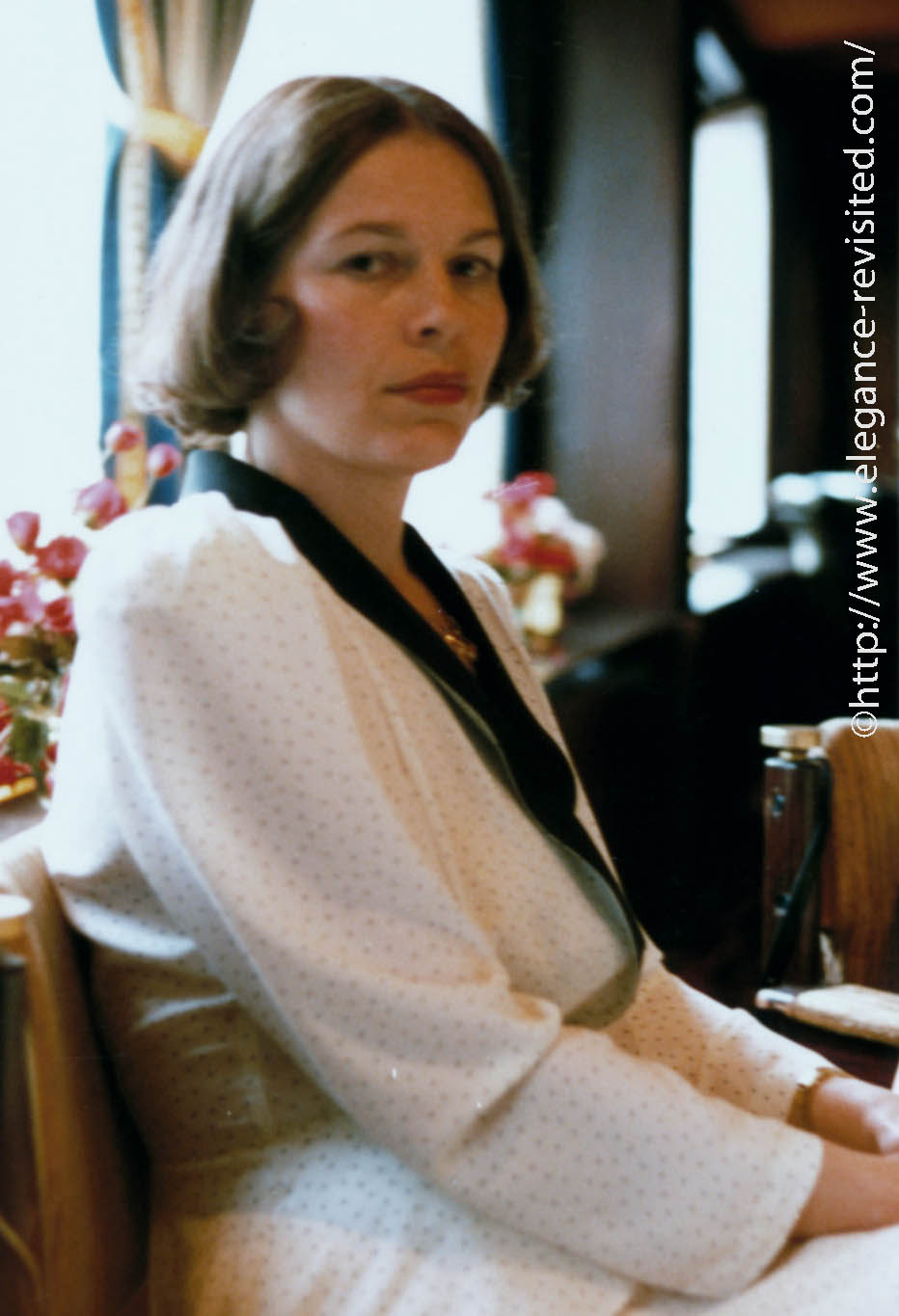 But even the most elegant woman has her dressed-down moments and days when she can’t be bothered with clothes and make up: 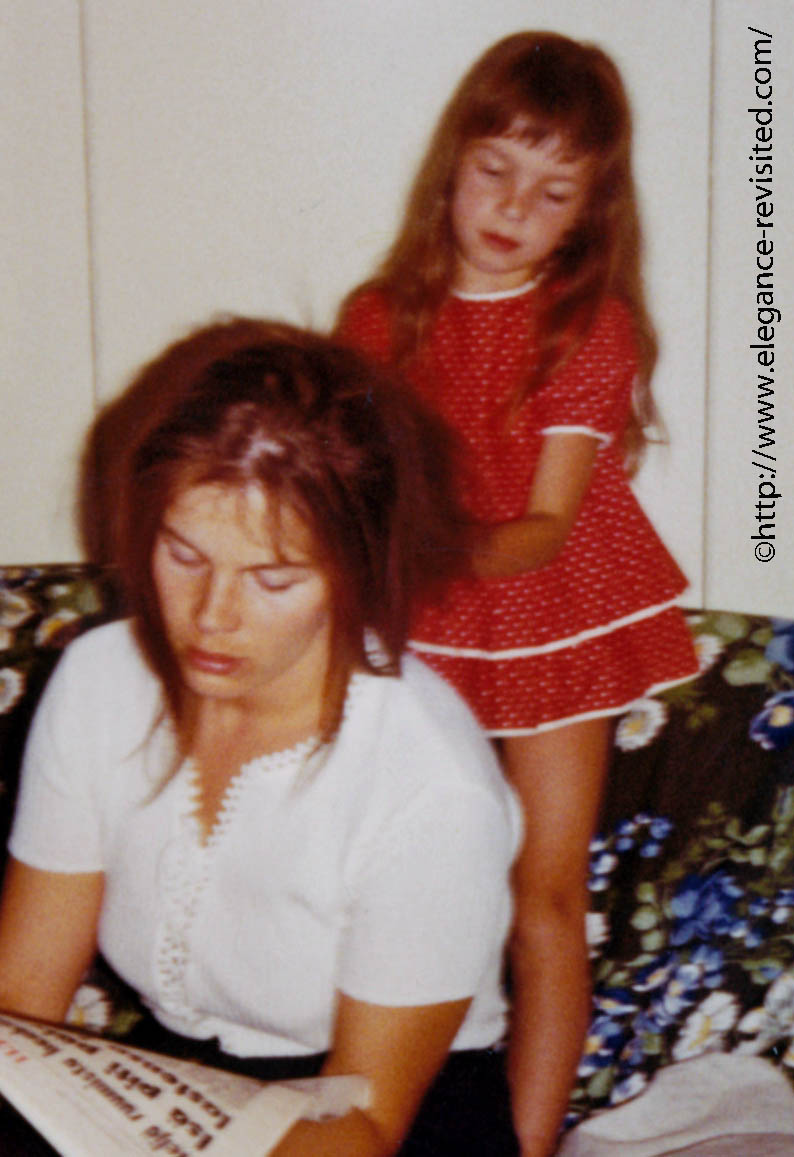 Has your mother influenced your sense of style?