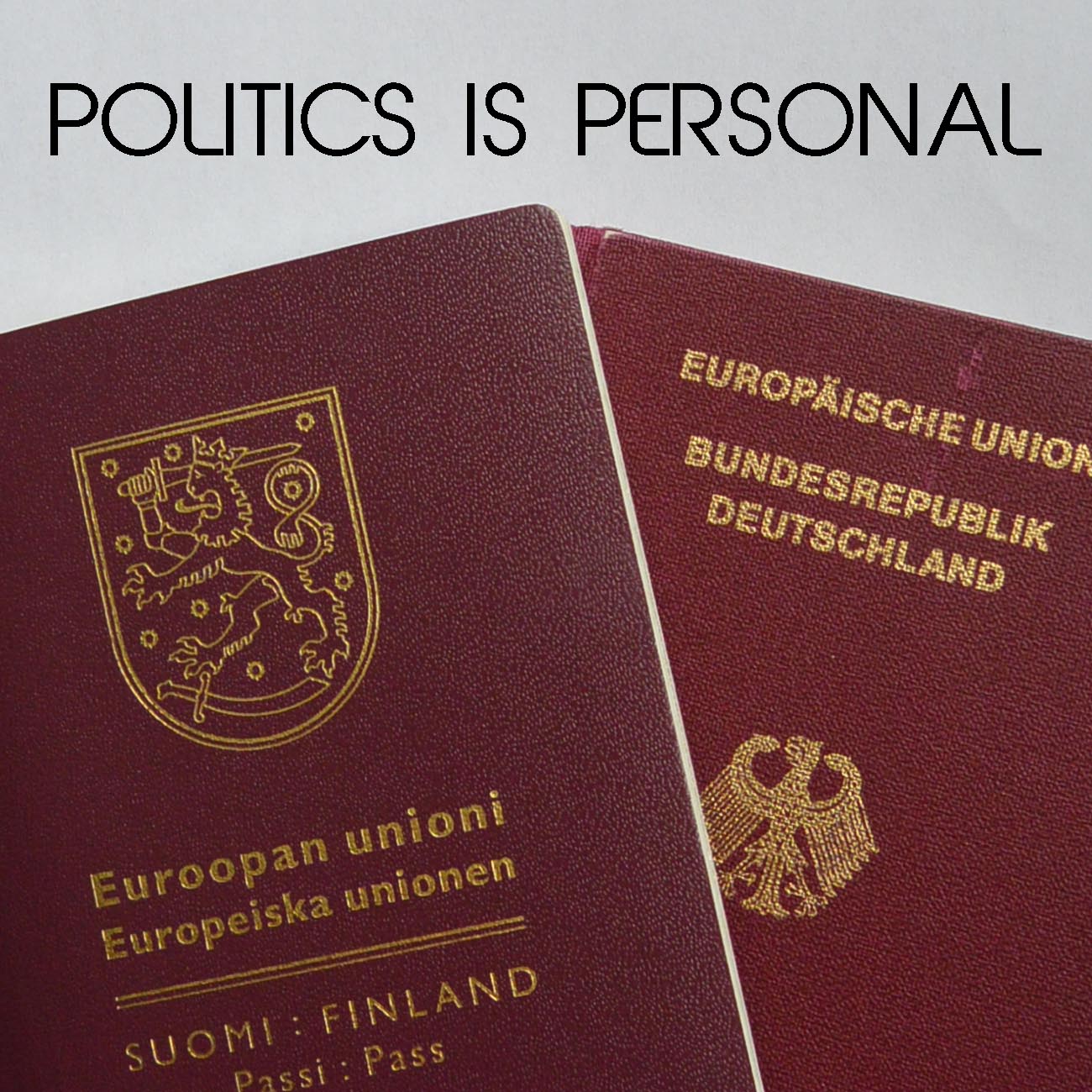 I have been very depressed for the past week,

feeling sad and hopeless and an enormous sense of loss. The reason for this is Brexit, the result of the UK referendum to leave the European Union.

Since I’m not a British citizen, and neither is my husband, what exactly does this have to do with us?

Quite a lot. For starters, we have a house in Kent, and my husband works there. I have spent practically my entire professional life teaching the English language (and culture). But I have always maintained my primary residence (and work) in Finland. And whenever the idea of giving up the constant commuting between two countries and  living only in the UK has come up in discussions with (British) friends, I have been quick to dig in my heels and simply refused to give up my home, and life, in Finland. And my husband would not want that, either, as he quite enjoys the lifestyle we have, in spite of the constant travelling. Still, we sometimes dream of living in London. But I have given up that idea now, for good.

As you can probably imagine I’m feeling somewhat shell-shocked at the moment. No doubt a lot of remainers feel the same way. But I also feel unwelcome in the UK, for the first time in my life.

There is no future for someone like me in the UK

This past week alarming facts have emerged: it seems that fear of immigration was one of the driving forces behind the success of the Leave campaign. There have been numerous reports of people voting Leave for all sorts of reasons totally unrelated to the EU (e.g. see this clip about a man who voted Leave to ‘keep muslims out of the UK‘… I guess someone should have told him that EU nationals tend to be predominantly white and Christian…), and one of the most popular Google searches in the UK immediately after the referendum was ‘what is the EU?’… All of this is quite scary and alarming, but there’s worse to come.

In the past week ‘immigrants‘ have become the scapegoat for just about anything. And it seems that Brexit has suddenly legitimised open hostility towards not just EU nationals but also non-EU immigrants and British citizens of various ethnic origins. Are these just isolated incidents,  by stupid hooligans who can’t tell the difference between an EU national and a refugee and just lump everyone who looks different or has an accent into one broad category ‘immigrants’? Is this some new form of racism based not just on ethnic origin but directed towards anyone who is ‘different’? Or are these incidents an indication of something (even) more serious and permanent? Has the UK really gone from one of the most tolerant, inclusive and diverse nations to the most racist overnight?

To brush off this xenophobia as simply a knee-jerk reaction by a small number of racists feeling suddenly empowered would be foolish. It would be equally foolish to point out that this is just what ethnic minorities have to face every day. This is something much, much scarier. This is rebuilding national identity on the ‘us‘ versus ‘them‘ mentality legitimised by populist politicians. It’s not the first time in history: I’m sure we all remember the infamous nationalist ideas in the 1930’s…

Do I worry about my personal safety?

I’m white, but my ethnic origin is not immediately obvious (= I get asked whether I’m French /American/ Italian / you name it, and people usually never guess it correctly). I can pass for a Brit, most of the time, and my English is impeccable (as evidenced by an MA in English Philology). But I have a name  that is unpronounceable, and immediately makes it clear that I’m a foreigner in the UK.

For the record, there are about 30 000 Finns living in the UK. That’s a drop in the ocean, when you look at the number of immigrants from various EU countries in the UK. But when my countrymen are suddenly targets of hate crime or hostility towards immigrants, I think it’s time to consider plan B.

Politics is always personal, for somebody…

A friend told me that she voted Leave because of immigrants taking all the jobs and pushing the wages down. I pointed out that my husband is an immigrant, a rather well-paid one at that. Well, she of course quickly said that this had nothing to do with me and my husband, it would not affect us in any way.

It’s the other immigrants that are the problem.

I’m not sure how I’m supposed to take that. Yes, we would probably have no problem obtaining residence permits, should that ever become necessary. After all,  we’re middle-class, university-educated, speak excellent English, earn a decent income, pay our taxes (well, I earn my income and pay my taxes in Finland), support local businesses and charities…

That should give us an ‘amnesty‘???

I don’t want to be a second-class citizen in a country that used to consider me an equal. Been there, done that: I lived in France in the mid-80’s, before Finland joined the EU, and I have absolutely no desire to repeat the humiliating experience of applying for visas and permits and God knows what.

Having that EU passport is invaluable to me

It has opened up so many opportunities for both me and my husband, from studying and living abroad to simply maintaining our lifestyle (= having two homes in two countries). Also, even though we have different nationalities, there is no complicated red tape required for us to live together. Getting married to another EU national was no more complicated than marrying a Finn. Neither one of us needs a residence or a work permit in each other’s home country. Or in our adopted third home country, the UK. For now, that is. This may of course change after the UK leaves the EU, and at this point nobody knows what will happen. And yes, this uncertainty is shared by a lot of British citizens living abroad, too.

I come from a small country on the edge of Europe

Most people have never heard of this country, and probably couldn’t care less. It has never been a major player in international politics, and its biggest claim to fame is that it has a very long border and a reasonably good and stable relationship with a rather moody, imperialistic neighbour. Yet, this country is prosperous and egalitarian (by any international standards) and proud of its sovereignty.

And yes, there are Eurosceptic populist parties there, too, just like everywhere else in Europe. And the complaints are the same as in the UK: the Finnish net contribution to the EU budget is high, mass immigration (of refugees) and economic recession. But in a politically and economically stable country (with a dozen or so different political parties) a “Fixit” referendum is extremely unlikely.
And  even though Finland has never been particularly welcoming to foreigners, even the most fervent populists wouldn’t want to close the door on our EU neighbours (just on non-EU nationals…).

I want to preserve that sense of community of independent nations that the EU has created.

Yes, the EU is a monumental bureaucratic machine which can alienate ordinary people. But undemocratic? Hardly. We, the citizens of various EU countries, elect our representatives to work on issues that we find important. We, and our representatives, can shape the EU policy. It is an extremely slow process, of course, and can only be conducted within the EU. And yes, the EU must change, and become something that we, Europeans, find beneficial to our lives. It is the responsibility of our national parliaments and our EU representatives to see that populist, disruptive forces do not destroy what generations of people have built. The EU is us, and Europe is our home. We are all part of the same family of  (soon only) 27 nations, we must work together. I’m sad that the UK will not be part of this anymore.