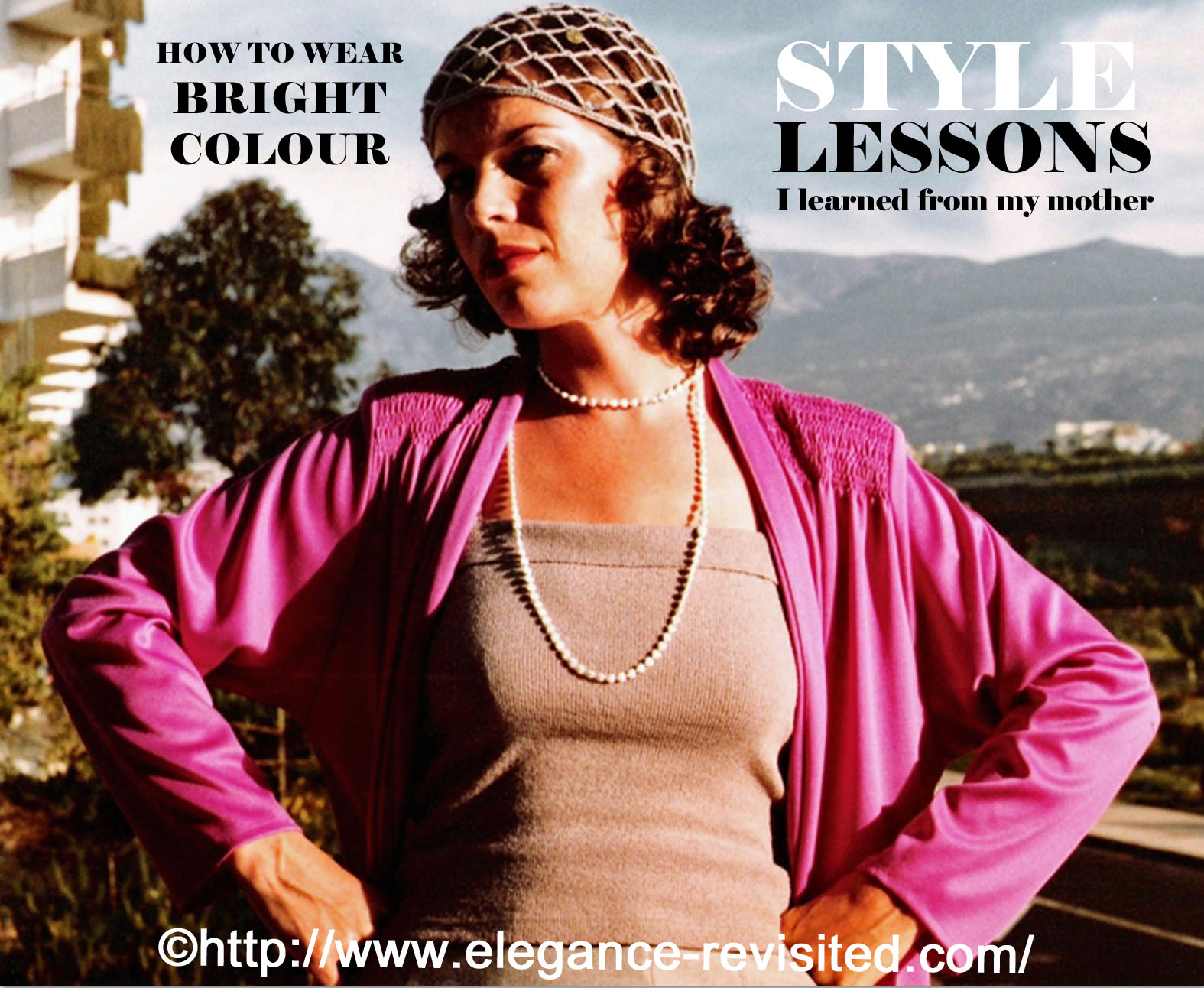 This is another post in the series examining the roots of my sense of style, and the effect my very stylish mother had on me.

This time I chose some old pictures from the very late 70’s-early 80’s, which show a rarely seen, uncharacteristically flamboyant side of my usually very modest mother. 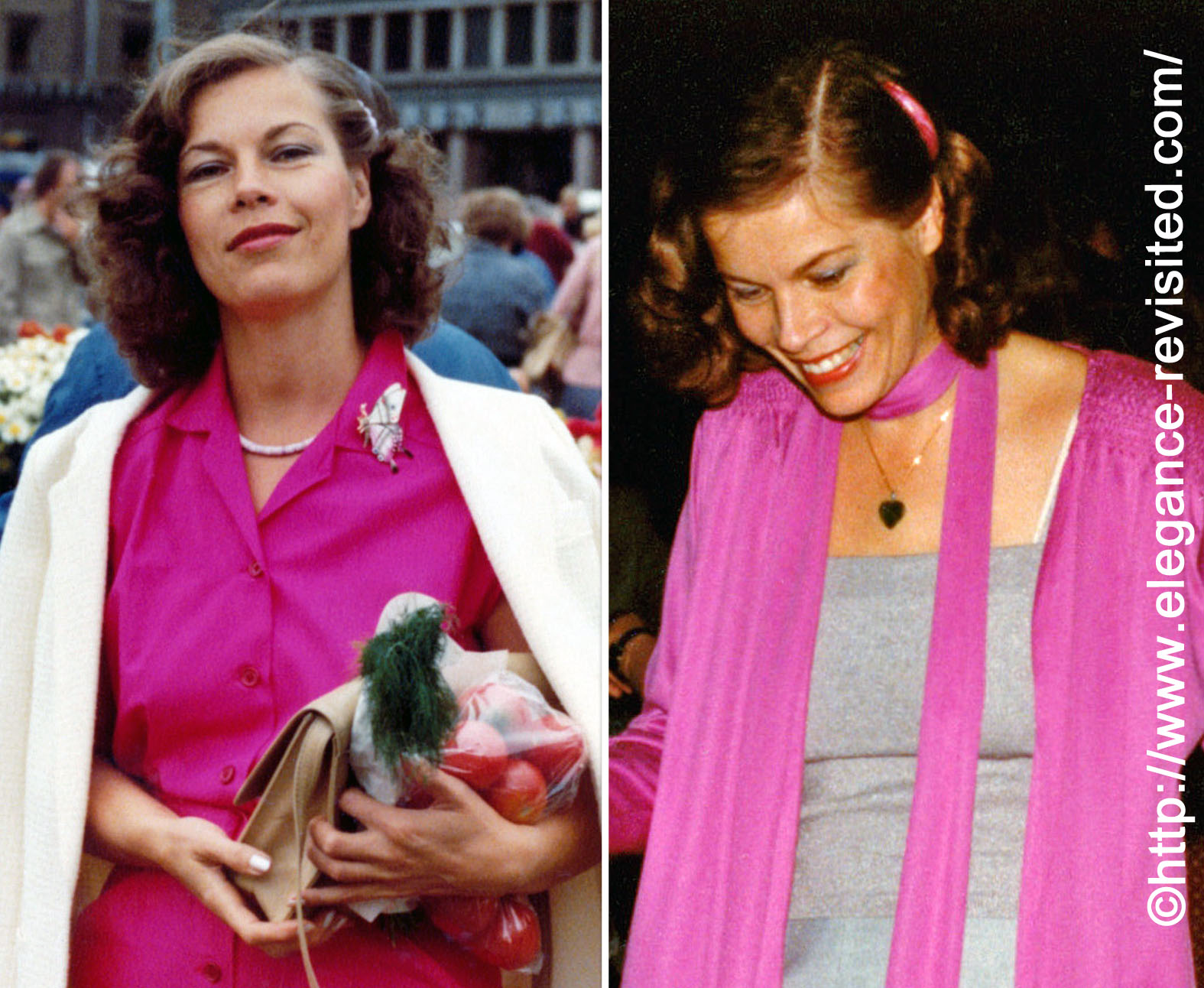 My mother wasn’t exactly a fan of bright colours. What I mean is that she preferred neutrals or more muted, calm colours, especially blue. Unlike her more eccentric daughter, she didn’t like anything loud or attention grabbing. However, on the rare occasions she wore a bright colour, she always maximised its effect by pairing it with neutral accessories that let the colour be the centre of attention. 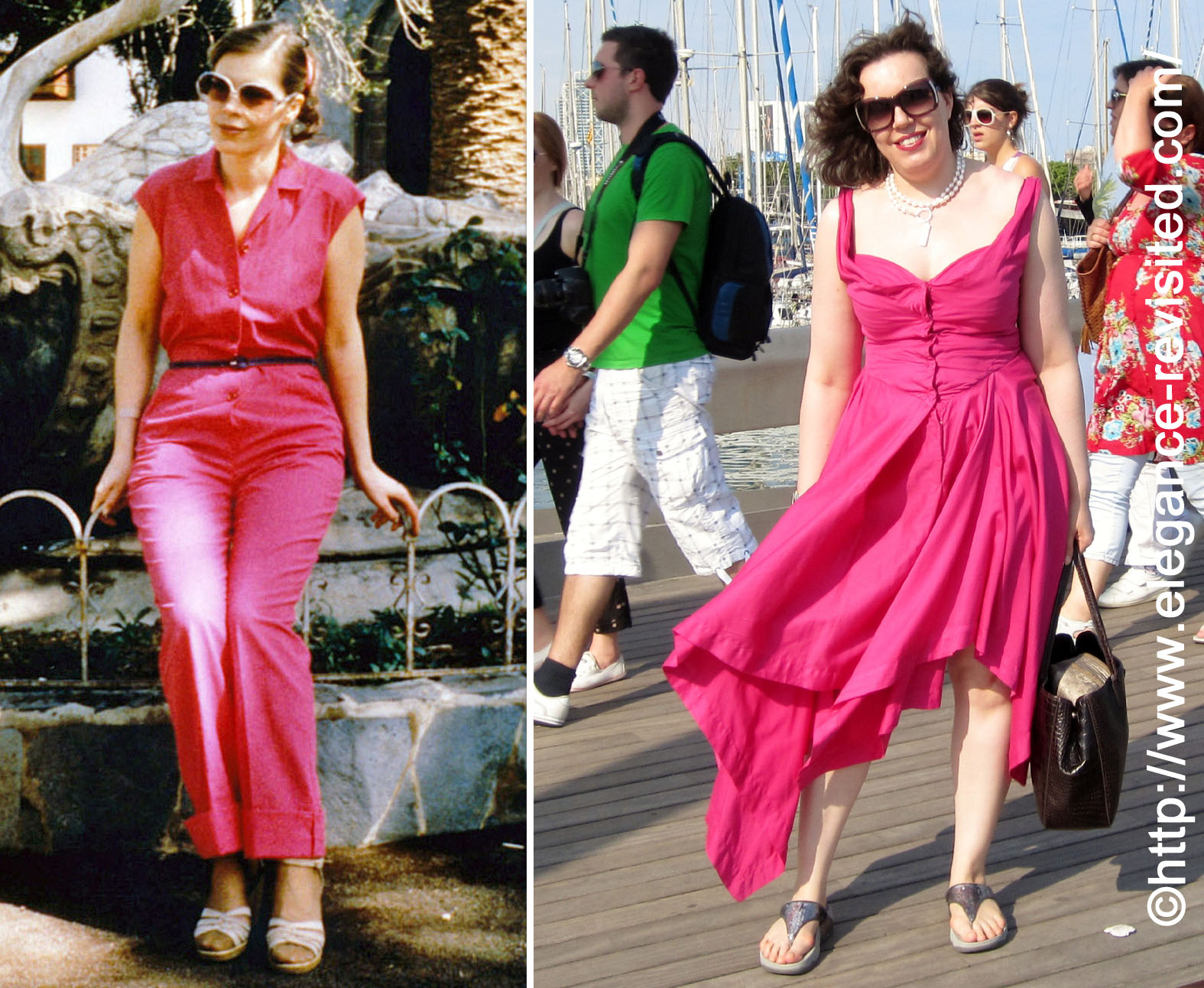 It was this old picture of me, on the right, that made me  realise how much her sense of style has influenced mine in this respect. I’ve always liked bright colours, but I think they look best and very classy when worn with something more neutral that doesn’t compete for attention. 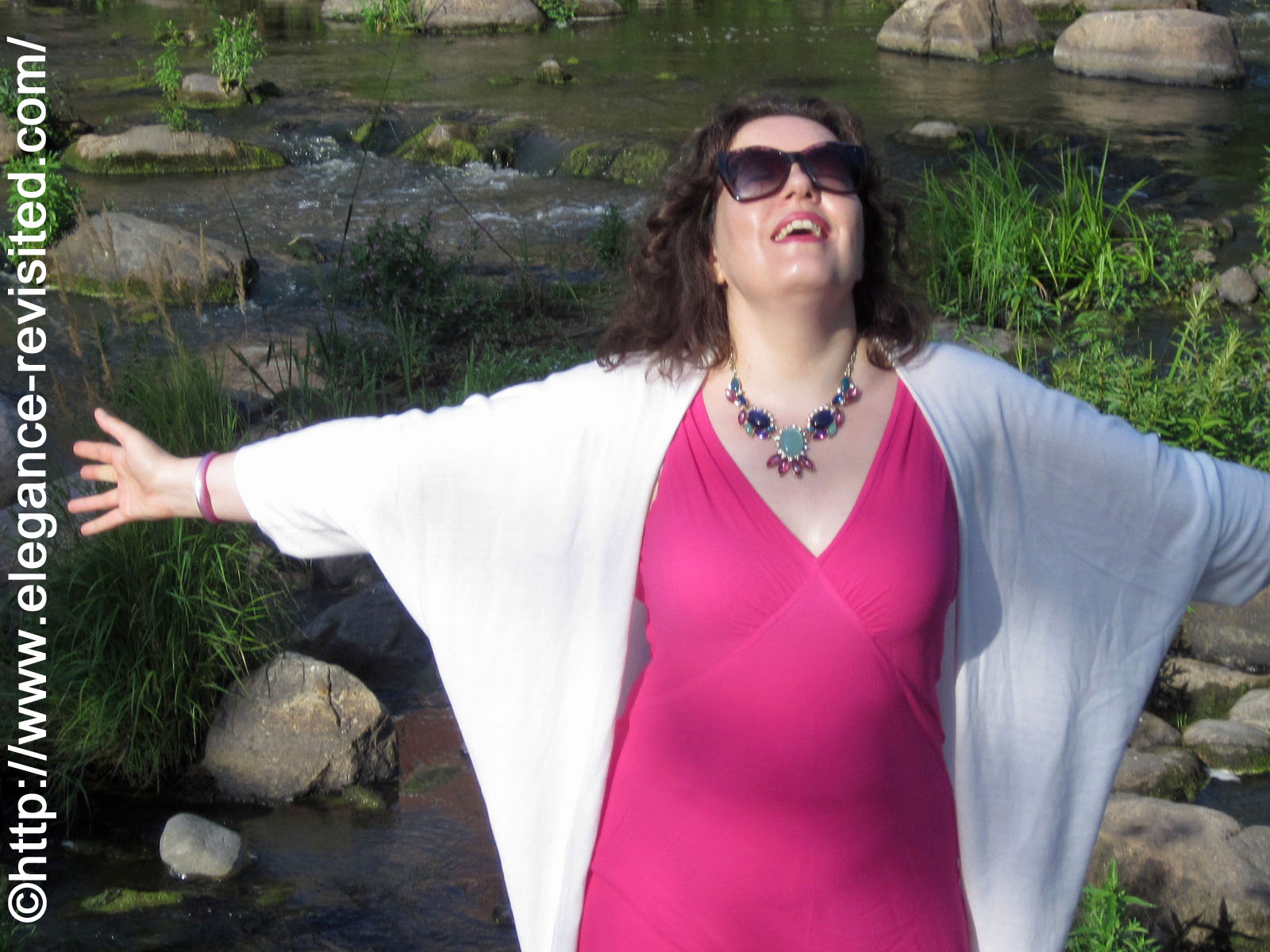 And this outfit was influenced by what you see my mother wearing in the first picture. I didn’t want to copy her look, or even modernise it; I wanted to recreate my own version of it. Therefore, this outfit is much more studied and planned than most of my outfits: I wanted to see if I could get the same effect by pairing hot pink with neutrals, but true to myself I chose white instead of grey or beige (see the original post HERE).

How do you wear bright colours?

Linking up with Happiness at Mid-Life for Throwback Thursday