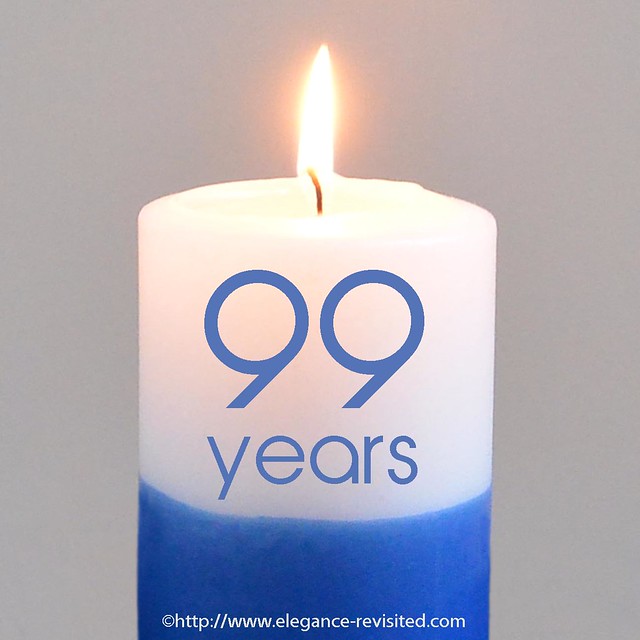 Independence Day is solemn and serious in Finland. It is a national holiday, of course, and people celebrate by going out to dinner with their families. There are official celebrations of all sorts, for instance to honour the veterans who defended the independence (not only once, but twice, in Winter War and Continuation War, both against the Soviet Union). And then are all sorts of protest marches, demonstrations and counterdemonstrations by various fringe groups (i.e.extreme right/left, anarchists, fascist and anti-fascist groups, or any group that has an axe to grind with anything or anyone…)

And in the evening the President of the Republic hosts a big Reception, which is broadcast live. It’s the most boring programme ever: the President and the First Lady shaking hands with their guests as they arrive. And this goes on for a couple of hours. So, why do we watch it? Well, to see who’s been invited and what they’re wearing, of course. Hmm. I wonder what happened to my invitation…

But, what should you really know about Finland?

To celebrate Independence Day, I’m presenting 5 facts, or myths (in the post-truth era, who really cares about the difference?), about Finland and/or Finns. And because I want to give you a balanced view, I’ve included things that make me proud to be a Finn as well as things that, well, dont’t…

1. Finnish women have been able to vote for 110 years

Finland  was the first country in Europe and the second in the world to grant women the right to vote.  This was in 1906, 11  years before Finland (then the autonomous Grand Duchy of Finland) became independent. As women could also stand for election, a total of 19 out of the 200 members of the first ever Finnish parliament were women.

However, it took ten years more for the country to get its first female minister, and almost a hundred years for the first female President (2000-2012).

2. Finland is home to the craziest world championships

Yes, anything Scandinavian is so cool these days… And when we think of Scandinavia, we think of Sweden and Denmark. And of course they’re cool. But who cares about cool when you can be quirky?

But if you prefer something less competitive, there are also inofficial, flashmob-type events such as Beer Floating, or weird everyday activities/hobbies such as Winter Swimming.

You probably know that Finns don’t do small talk. Well, to some extent, it’s true. Finns don’t really feel the need to state the obvious. For instance, if it’s snowing, a Finn thinks you probably see that for yourself and don’t need it pointed out to you. However, Finns do talk when they have something to say. You know, express an opinion, or suggest a solution to a problem. So, instead of  just stating the fact that it’s snowing, expect a Finn to say something like “where the hell are the shovels again?” or “someone should call the maintenance company to get their arses down here before we’re totally snowed in”.

Anyway, trying to have a conversation with a Finn may make you feel as if you’re in some sort of a weird spy film, cast as the evil interrogator, trying to make your resistant victim spill state secrets by squeezing them out of him/her one word at a time…

Yes, of course I’m exaggerating a bit here. Finns get much more talkative when you get to know them a bit better. The challenge is first getting to the point when you can get a Finn to participate in the conversation to begin with. But, there is an easy trick to bring even the most socially awkward, shy Finn out of his/her shell. Just shout: “Open bar!”. It never fails.

4. Never drink with a Finn

Seriously, don’t. It’s not a good idea. Never. Just believe me on this.

What? You’re Scottish/Irish/Aussie/whatever and can hold your liquor? And you never have more than one drink, anyway? OK, but don’t blame me when you wake up a week later in hospital with the worst hangover of your life, I did try to warn you…

Anyway, you may have seen Finns holidaying in popular tourist resorts (in Spain, Thailand, anywhere with lots of sun and cheap booze)… Well, some of them behave as if they think drinking is a competitive sport. Or perhaps they fear that the world will mysteriously run out of alcohol tomorrow, so better drink it while it lasts… In any case, unlike most other tourists (who stop drinking when the bar closes), Finns only stop when they either pass out or get hauled away by the police…

5. There are things you should never joke about

Yes, Finns are quirky, sarcastic and can laugh at themselves. But some things are sacrosanct, and should never be made fun of. In particular, as a non-Finn, there are 3 things you should never, ever mock:

Well, obviously. And don’t even think of telling a Finn how to behave in a sauna. Never mind the hotel/gym/spa has signs saying you must wear a bathing suit, or shouldn’t throw water on the stove. Ridiculous ideas. What the f*#* do they know anyway? Generations of Finns used to be born in a sauna, it’s in our genes.

Finns take sport seriously. Well, who gives a shit about football… But Ice Hockey, that’s a different story. The highlight of the year? Beating Sweden, of course. There is nothing more important than that.

And the Ice Hockey World Championship, then? People actually take time off from work, and my students watch hockey on their smartphones. it’s no use use telling them not to. This year the national team won silver, and the entire country was in mourning for a week or two. And the team had to sneak back into the country unnoticed to avoid public lynching…

And what happens when the team wins? The team gets the heroes’ welcome and the President congratulating them, there’s a huge street party with live music and thousands of people celebrating (you know, singing, dancing, drinking, climbing on buildings and jumping into fountains naked…). Don’t believe me? Just click the link and see for yourself…

It may not be your cup of tea (nor mine), but you shouldn’t say that out loud. Never. As I said, some things are sacred. The only time Finland won the Eurovision Song Contest was with a Heavy Metal band. That is not surprising, given that Finland has the most metal bands per capita in the world. Heavy Metal is not just everywhere, it is mainstream, and there is nowhere to escape from it. Yes, even the church features Heavy Metal…